In 2019, the Padres and Live Nation unveiled the new Sycuan Stage, a concert venue inside the Park At The Park behind the Petco Park scoreboard.

The outdoor venue with 2.8 acre space has a capacity of more than 6,000. It has committed to hosting at least eight national acts annually. The Sycuan Stage in the Park at the Park is the first outdoor venue of its kind to be included inside a Major League Baseball ballpark.

Concerts for 2019 include the two-day My Life Every Day Memorial Day EDM festival and Coheed And Cambria & Mastodon concert, Dropkick Murphys concert, the newly announced Sun Fiesta, August 2 with The Head and The Heart, lovelytheband, SYML and Twin XL… On August 3, Downtown Throwdown with Vanilla Ice, Coolio, All-4-One, Color Me Badd and Young MC, and on September 26: UB40 featuring Ali Campbell and Astro & Shaggy 40th Anniversary Tour, presented by 92.5 & 91X.

On November 9, the San Diego Symphony’s Concert for San Diego and on the 10th, Gesaffelstein (tickets). Gesaffelstein will be promoting his newest album Hyperion and will be bringing his Vantablack VBx2 stage set made famous at Coachella this year. 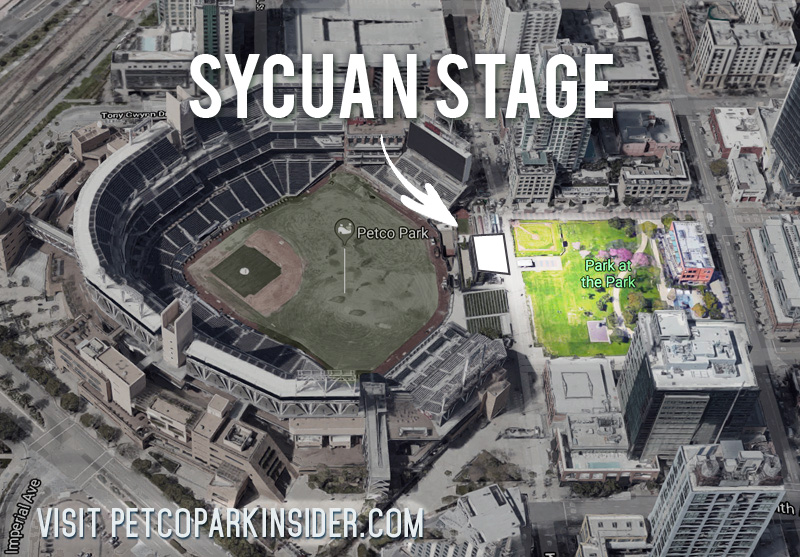 View the individual concert links above or visit LiveNation.com.

Check back for more information as concerts are announced.

Save now on Padres gear