The Eagles are coming to San Diego. Date: September 22, 2018. The legendary evening includes Zac Brown Band and The Doobie Brothers joining the Eagles in the lineup. Stay tuned for more concert information!

This is the Eagles first concert in San Diego in 4 years, and the first without the late Glenn Frey. Glenn’s son, Deacon Frey, has stepped in and will perform in his father’s place. 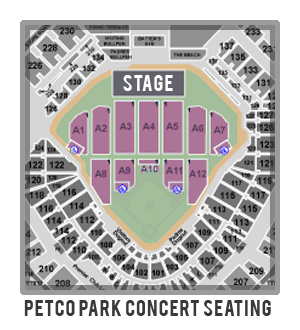 The Eagles are one of the United States most famous rock bands. Led by Glenn Frey and Don Henley, the band produced numerous hits (Hotel California, Take It Easy, Tequila Sunrise), earned six Grammy Awards and hatched six number-one albums.
Zac Brown Band, helmed by the unstoppable force that is Zac Brown, are a Grammy-winning country music band from Georgia.
The Doobie Brothers are American legends, having sold more than 40 million albums around the world. Most famously known for their appearance on What’s Happenin’, as well as hit songs like Listen to the Music, Jesus Is Just Alright, Black Water and China Grove.

Coming from out of town?

Live it up at a nearby Hotel [California]. Find a lovely place.

Especially considering that the following night, Journey and Def Leppard are also performing.